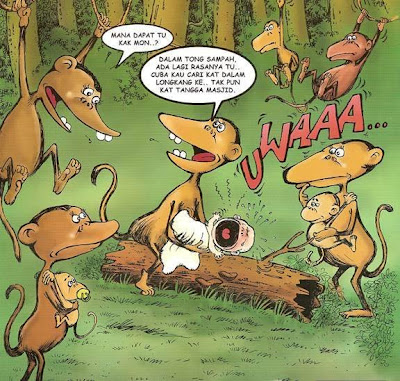 PUTRAJAYA: The country is witnessing an increasing trend of children born out of wedlock with 234,674 cases recorded between 2006 and last year, the National Registration Department revealed.

Based on NRD statistics, 38,258 out of the 472,983 births in 2006 were accorded illegitimate child status, the term used to refer to those born out of wedlock.

For Muslims, the illegitimate child status is given to babies whose parents have not performed the "akad nikah" (soleminisation) or those born less than six Qamariah months after the solemnisation, according to the National Fatwa Council.


For non-Muslims, the status applies to babies of unmarried mothers.

Of the three main races in the country, the statistics revealed, the trend was prevalent among the Malays, followed by the Chinese and Indians, respectively, from 2006 to 2008.

There was also a surge in the number of illegitimate children in the "Others" category, which lumps together all Malaysians who are not of the three major races, and foreigners.

"The increase in cases is not very significant when compared with the number of births registered, but still there is no drop in the figures," Alwi told the New Straits Times.

He said even though the NRD did not "zoom in" on the reasons why children were born out of wedlock when their births were registered, he attributed the trend to an increase in the country's population, the younger generation's exposure to unsavoury material, lack of awareness on birth registration laws as well as an influx of immigrants.

And while the department's job was only to register births, Alwi said the matter must be viewed seriously by all quarters.

Therefore, he said, it would inform the authorities, such as the Women, Family and Community Development Ministry and the Islamic Development Department, so that proper action could to be taken.

"Leaders, the community, relevant agencies, parents and schools must address this issue and see how best to tackle this problem. We all have a role to play.

"We need to have proper sex education so that individuals will fully understand the implications and responsibilities that come with sex."