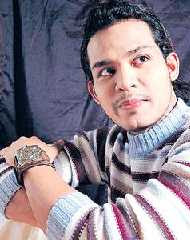 Opinion: Trans-Peninsular Pipeline: Does it add up?
By : Jon Azman

One of the arguments in support of the TransPen is that it would reduce the number of very large crude carriers plying the Straits of Malacca.

As Malaysia conducts studies on how the RM24.5 billion Trans-Peninsular Pipeline (TransPen) would affect its environment, traffic and social development, analysts calculate the costs and benefits

THE promoters claim TransPen would relieve congestion in the Straits of Malacca, reduce the risk of oil spills, save time by not having to circumnavigate around Singapore to enter the southern flank of the South China Sea and avoid pirate-infested seas.

More than 65,600 vessels weighing over 300 tonnes sailed through the straits last year, an average of about 180 vessels per day.

Of these, 5.5 per cent were very large crude carriers (VLCCs), about 10 VLCCs per day.

The volume is well within control and has hardly changed since 2000, when nine VLCCs passed through daily.

The tonnage of oil going through the straits has also not increased during that time, despite the increase in energy consumption by China, Japan, Korea and Taiwan.

The additional crude for these East Asian economic powerhouses may be shipped via the Sunda Straits or through Lombok in Indonesia on Ultra Large Crude Carriers (ULCCs), which cannot navigate the shallower waters of the Straits of Malacca.

Or some of this demand may have been met through a shift to liquefied natural gas and liquefied petroleum gas.

The issue of pollution as a result of VLCC movement may also not be as significant as claimed.

Quite unknown to the public, about 85 per cent of the pollution in the straits is caused by land-based activities.

The culprits include manufacturing and agricultural runoffs, sewage and the contents of filthy rivers and streams.

As for chemical spillage in the straits, this comes from owners of boats who are in search of convenient dumping sites for toxic waste. This has nothing to do with the conduct of oil carriers.

And can the TransPen really shorten transportation time?

When crude originating from the Middle East reaches Yan, Kedah, it will have to be unloaded into a tank farm there, then pumped into the pipeline and travel 350km to Bachok, Kelantan.

In Bachok, it will have to be pumped into another tank farm before being transferred into a VLCC or Aframax.

Even if there is a short cut for the transfer of crude as opposed to the approach above, can it be accomplished within at least one and a half days — which is how long a VLCC takes to ply the straits?

Even if it can save one and a half to two days, is that worth a US$7 billion (RM24.5 billion) investment?

Another common argument in support of the TransPen is that the new land route could avoid all those pirate-infested seas around the maritime borders between Singapore and Indonesia.

However, the number of piracy cases in the straits has been reduced dramatically and the littoral states have taken steps to improve surveillance and patrolling.

As noted by the former chief of naval operations of the US navy, the Straits of Malacca is now safe for transiting vessels.

That could lighten crude carrier movement in the straits by a maximum of four VLCCs per day. This hardly creates a dent in the total traffic volume in the straits. And at what cost?

We are not even certain whether the crude that ends up using the pipeline will come from the same source as the crude currently transported by the VLCCs.

And even if there is a drop in the total VLCC traffic flow, the shortfall will be picked up by additional crude oil demand from the growing Far East economies.

Even with the daily movement of 10 VLCCs per day, the traffic situation is under control. Credit must be given to the joint commission overseeing the economic security of the straits.

The real congestion that will arise as a result of the TransPen will be at the confined sea space between Penang and Langkawi, where Yan is located, and part of the tourism belt.

The port at Yan will eventually see the arrival of four VLCCs and the simultaneous departure of another four VLCCs back to the Middle East, making it eight VLCCs plying the route daily.

If tanker overcrowding, an increased risk of collision, a higher probability of marine and environmental pollution and threats to security are what we are worried about, then the TransPen will give us all that.

The TransPen was touted as a way to shift the crude oil market to Malaysia. What this means is not clear.

If a first is what we are looking for, then this could be the first time in exchange history where the host country is not even a supplier or a significant buyer of the commodity.

At best, the project could only provide the physical depot for the storage of the commodity for third parties.

Is this what we want, even if the project is private-sector driven? In the final analysis, it is all about economic rent collection.

Jon Azman is a former research fellow in economic studies and ocean industry at the Maritime Institute of Malaysia. The full version of this article appears in the institute’s latest bulletin (Vol 14 , No 2, 2007).
Dicatat oleh Den di 20.8.07